There is a saying, necessity is the mother of invention, and when engineer David Walker was paralysed in an accident in 1975, he wanted to find a way to get to work without having to rely on someone else to load his wheelchair into his car. 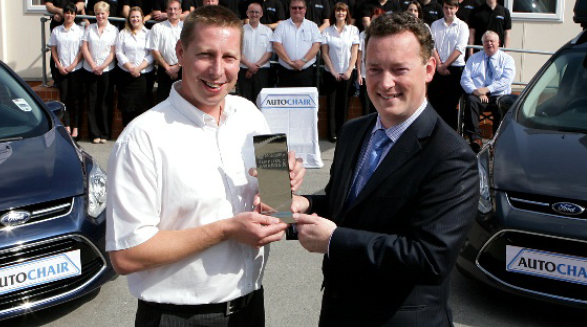 Finding that there was nothing suitable on the market, David decided to invent his own solution, eventually developing a mechanism that hoisted his chair into a box on the roof of his car. Impressed, other people asked him to make a similar product for them and demand was so strong, David was able to put his unique idea into production in 1983. Autochair was born.

Over the next few years David steadily grew the company, increasing the range of products, moving into new and bigger premises and bringing his three sons, Matthew, Nick and Jonathan, on board, changing the lives of thousands of people along the way.

Autochair is now based in a state-of-the-art £2m factory in the heart of the UK and is a global leader in the design, manufacture and installation wheelchair hoists, people lifts and other driving aids – and all because its founder wanted to find a way to lead a more independent life.